August 4, 2018 – Thach’s sister, Christine, and brother-in-law, Tom, joined for the trip up to Nova Scotia.  With stops in Newport and Hyannis to wait for an opportune weather window for the Gulf of Maine crossing to Nova Scotia.  The run between Newport and Hyannis included a transit of Woods Hole channel — notorious for the strong currents running through there.  We arrived at Woods Hole with a 3-4 knot following current and Thach misjudged the right turn out of the channel and drifted into the portside red buoy on the way out which left a nice souvenir scar on Emmanou’s hull.  Christine bailed in Hyannis to get back to work, which left a crew of three to tackle the double-overnighter to Nova Scotia.  After a 5-day wait for calm weather, the double overnight crossing of the Bay of Maine was calm and uneventful (how we like it) so we kept going a day up the coast to Halifax and moored up on a buoy at the Bedford Basin Yacht Club inside Halifax Harbour, walking distance from where old rugby buddy Billy Richards and wife Sheila had retired.  In between much reminiscing and boozing, Bill took us on a geological tour of the Bay of Fundy (one of the highest tidal ranges in the world) and lent us a car to tour the Highland Trail around Cape Breton.  After a week, Tom headed back to his Art Gallery in NYC and we headed back South to explore the Eastern coast of Nova Scotia.

Our slow meander included stops to anchor off Hearne Island in Prospect Bay next to Rogue’s Roost (a former rum running rocky hurricane hole that we explored with the tender – more intrepid/crazy seafarer take their boats in there), Chester, Mahone Bay Harbour, Lunenberg, Port Mouton, Shelburne and Yarmouth.  Each spot had their charm.  Most memorable were the playhouse in Chester (showing a beautiful one man and one musician play called One Discordant Violin), the ride from Chester to Mahone Harbour with Bill and Sheila Richards and friends, and the Black Heritage Museum in Shelburne, telling the story of black slaves who had fought on the losing British side in the American Revolutionary war to gain their freedom on a barren island (Nova Scotia) and how many eventually went back to Africa to help start the trading outpost that became Sierra Leone. 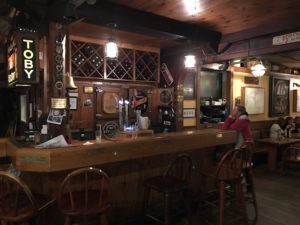